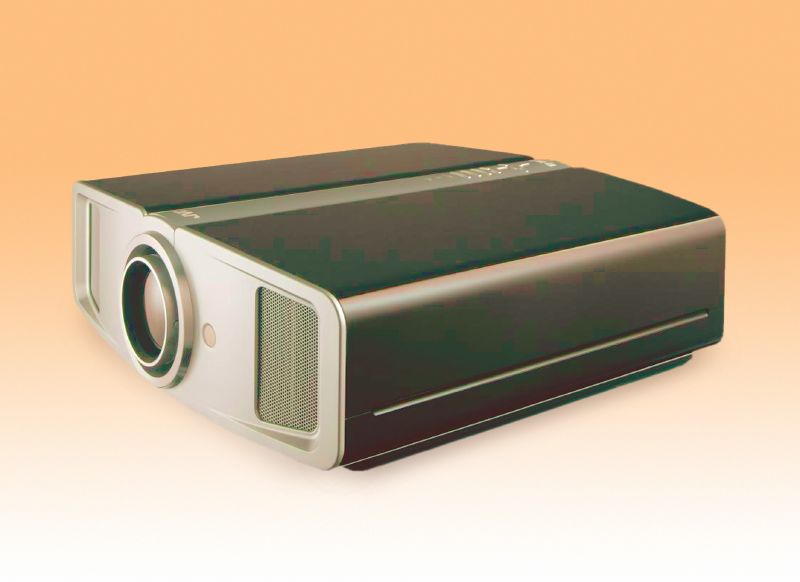 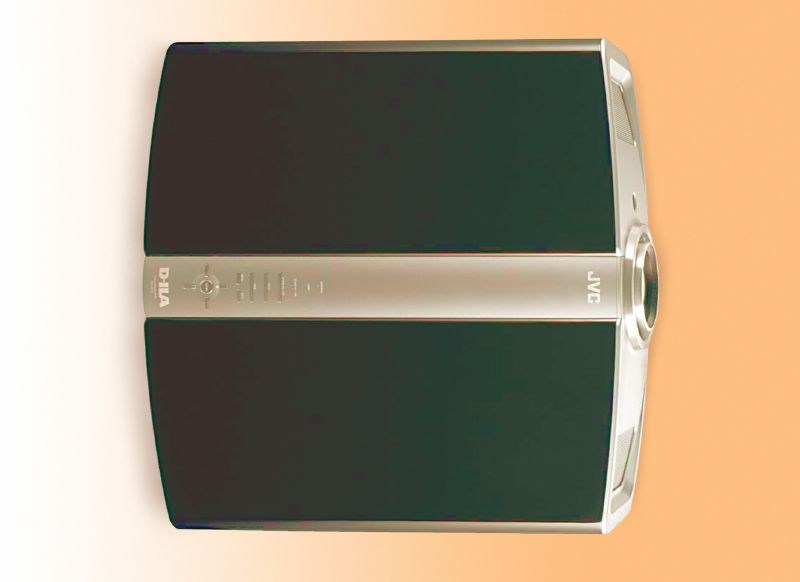 JVC (Victor Company of Japan, Ltd.), a leading innovator in the field of audiovisual technology, is introducing a new full HD front projector, the DLA-HD NEW, for home cinema applications.
JVC has been developing D-ILA front projectors since the 90’s, and now the years of expertise gained from these efforts are being used to create a superb line of consumer home cinema front-projection systems.
At the heart of its projection system, the DLA-HD NEW uses three 0.7" 1920 x 1080 pixel full HD D-ILA (LCOS) devices that deliver a native resolution of 2 megapixels for remarkably high image definition. One of the primary advantages of D-ILA devices is that it eliminates grids or the “screen-door effect”; offering a high aperture ratio of more than 90% to ensure smooth, film-like images. When combined with the newly developed JVC optical system, these devices allow the DLA-HD NEW to provide a native contrast of 10000:1 and brightness level of 800 lumen, for more natural yet vivid colour reproduction and high contrast.

Furthermore, the DLA-HD NEW is equipped with a converter and scaler that up-convert the incoming source regardless of its original format to properly display images at 1080p.

All these advanced technologies have now been customized for consumer use to make the innnovative DLA-HD NEW an ideal model for home cinema applications.

Απο φως ομως? Huston we have a problem.

Απο φως ομως? Huston we have a problem.

For the Japanese Market Only:

Industry Highest1 15,000:1 Native Contrast Delivers True Black Reproduction
Without Losing Brightness
JVC Introduces D-ILA High-Definition Home Theatre Projection System DLA-HD1
Features New 0.7-in. Full High-Definition D-ILA Device and a New Optical Engine
Victor Company of Japan, Ltd. (JVC) announces the upcoming release of the DLA-HD1, a new D-ILA
High-Definition Home Theatre Projection System. Thanks to a native contrast ratio of 15,000:1, the
highest1 in the industry without an iris mechanism, the DLA-HD1 realizes true black reproduction
without losing any picture brightness — the key to really bringing out the feeling of presence
high-definition content is meant to have. The high native contrast was achieved through the combined
use of a newly-developed 0.7-in. full HD (1920 x 1080 pixels) D-ILA device and a new optical engine.
*1 Native contrast of 15,000:1 for home theatre projector class (JVC survey as of 14 November 2006).


(2) New optical engine uses wire grid polarizers
The new optical engine dramatically improves the precision of light polarization, preventing
light leakage into the projection lens; thus allowing the closest to true black reproduction.
2. Flexible setup enabled by high performance 2x zoom lens and front fan intake and exhaust
(1) The projection lens features a large diameter, all-glass lens with 16 elements in 13 groups
made by Fujinon Corporation. The lens significantly reduces chromatic aberration and
ensures a high resolution picture, with every point on the screen perfectly in focus. Also, the
high performance 2x zoom lens enables users to enjoy a powerful, large image even in
smaller rooms that do not permit typical recommended distances to the screen.
(2) The projection system features an 80% vertical and 34% horizontal lens shift function, details
shown in figure 1.
(3) Using front fan intake and exhaust for the cooling system does not limit choices for projector
location. The simple and clean design leaves only interface connections on the back panel
giving users flexibility in deciding where to put the projector. For example, the DLA-HD1 can
be placed next to a wall if ceiling mounting is not possible. Furthermore, the lamp is easy to
access and replace from the side panel where ever the projector is located — ceiling mount or
tabletop.
3. Gennum Corporation video processor in image processing circuit reproduces high quality
images faithfully.
At the core of the video processing, the projection system features the GF9351, a video processor
by Gennum Corporation. The video processor ensures the faithful reproduction of high-quality
images thanks to a high-precision scaling function and four VXP™ technologies that are detailed
in figure 2.
4. Improved user friendliness through convenient and detailed video adjustment menu and
illuminated remote control
(1) The projection system features a convenient video adjustment menu that allows users to
adjust the picture according to the source video and their own preferences.
(2) The buttons of the remote control light up, making it easy to operate even in a dark room. The
remote control includes direct keys to adjust frequently used functions such as contrast and
brightness, in addition to video input selection.
5. Luxurious and stylish design
The projector’s body comes in a luxurious shiny white color and features a sleek, symmetric form
that smoothly matches any room’s interior decoration.