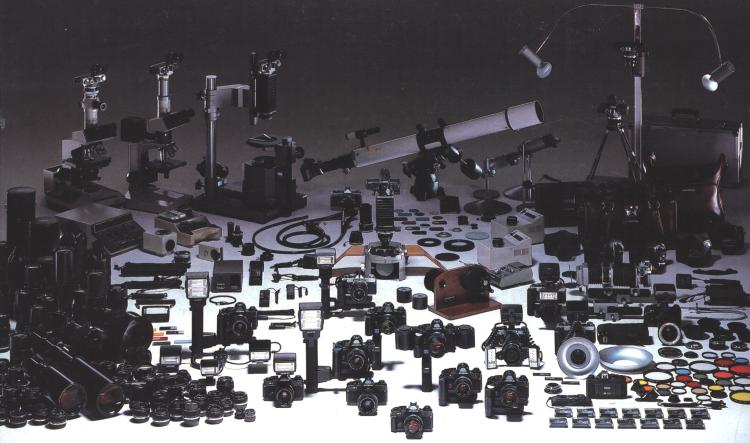 The company is hoping that the new product will come to symbolize its recovery from the recent scandal involving its coverup of investment losses, they said.

Olympus launched the OM-1 single-lens reflex film camera in 1973, which became a hit because of its small size and durability. The company sold OM series products for around 30 years.

The new OM-D model will be offered in the United States, Europe and some Asian countries as the top model of the company's digital mirrorless interchangeable lens camera series, selling for above 100,000 yen in Japan.

The new model resembles the OM-1 film camera and is equipped with high-speed autofocus and image stabilization functionality as well as 16 megapixel resolution.

In December, Olympus held the largest share in Japan's market for digital mirrorless interchangeable lens cameras, which have gained in popularity thanks to their smaller size and lighter weight, according to marketing research firm BCN Inc.

(FT5) Unbelievable: New Olympus OM video quality is better than on the GH2!


The current best m43 camera for video, the Panasonic GH2. Will soon lose the primacy?


A couple of days ago a source told me that the new OM-D camera will have a better video quality than the current best of the m43 class, the Panasonic GH2. I worked with other sources to check if that statement is true or rather exaggerated or completely false. But they all confirm the same, the new Olympus camera beats hands-down the GH2. One of the aspects Olympus worked hard id the reducing of the “jello effect”. Keep in mind that this is a rumors site and I rely on info received by others and that I have no way to check it out if it’s true. But those sources have been proved to be correct in the past so that let’s me (and you) hope for the best when the D-day comes on February 8th!

Sensor troubles: If the sources are telling me all the time that the image quality has been improved, that it has a greater dynamic range, that it has better video quality than the GH2…than I am really having BIG troubles that the 16 megapixel sensor is the same of the Panasonic GX1.
K

Sony will acquire 20-30% of Olympus shares. While Sony’s mail goal is to have a control over Olympus
highly profitable medical business this may will influence the camera division too.
Only time will tell!