"Turns out 3D television can be inherently dangerous to developing children, and perhaps to adults as well. There's a malaise in children that can prevent full stereopsis (depth perception) from developing, called strabismus or lazy-eye. It is an abnormal alignment of the eyes in which the eyes do not focus on the same object — kind of like when you watch a 3D movie. As a result, depth perception is compromised. Acting on a hunch, the guys over at Audioholics contacted Mark Pesce, who worked with Sega on its VR Headset over 15 years ago — you know, the headset that never made it to market. As it turns out, back then Sega uncovered serious health risks involved with children consuming 3D and quickly buried the reports, and the project. Unfortunately, the same dangers exist in today's 3D, and the electronics, movie, and gaming industries seem to be ignoring the issue. If fully realized, 3D just might affect the vision of millions of children and, according to the latest research, many adults, across the country."
Click to expand...

Stereo-3D May Be Harmful for Young Children – Nintendo.

Stereoscopic 3D gaming or movie watching may be more immersive than traditional, but they either require special glasses and/or using a special screen. Nonetheless, the aforementioned are not the only drawbacks of stereo-3D (S3D) technology. According to Nintendo and some others S3D may be harmful for eyes of the young children.

"We will recommend that very young children not look at 3D images. That's because, [in] young children, the muscles for the eyes are not fully formed... This is the same messaging that the industry is putting out with 3D movies, so it is a standard protocol,” said Reggie Fils-Aime, the president of Nintendo America in an interview with Kotaku web-site.

In addition to problems with eyes of young children, stereo-3D eye-popping technology may cause headaches or other unpleasantness if viewed for an extended period of time.

Nintendo 3DS game console that is due to be out later this year has so-called auto-stereoscopic 3D screen that promises to provide better experience than traditional displays. Still, the 3DS features a slider that can regulate or completely disable S3D effect.

“We are working with the experts in the field [of health testing 3DS for potential harm]. We have done extensive testing. We have a legacy of bringing only the best and finest products to the marketplace,” added Mr. Fils-Aime.

Although the president of Nintendo America claims that the population he would keep from stereo-3D are children under seven, it is pretty clear that every child grows and forms in his/her individual schedule and parents are likely to keep older children away from stereo-3D as well.

It is interesting to note that loads of stereo-3D movies target children from three to ten and are demonstrated in appropriate theaters. Moreover, the very first Blu-ray 3D release from Sony Corp. is Cloudy with a Chance of Meatballs animated picture designed for children.
Click to expand... 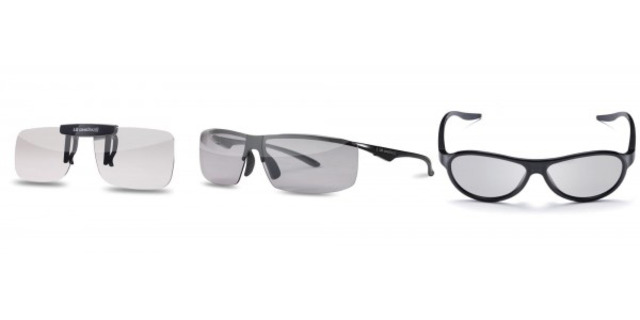